She once told me:

« I often dream of the endless party

The one where everyone gets caught in a trance

You know what I mean?

And the more you feel like leaving, the more it feels like a repetitive torture to stay

Or eating bar-food for dinner

The sensation of forced containment…

To avoid getting kicked out of The Society

And singing like it’s the only thing to do

There is an idiotic, dark cabaret

And a cinematographic sliding diva

A frame around conversations…

A word above the absence of sight. 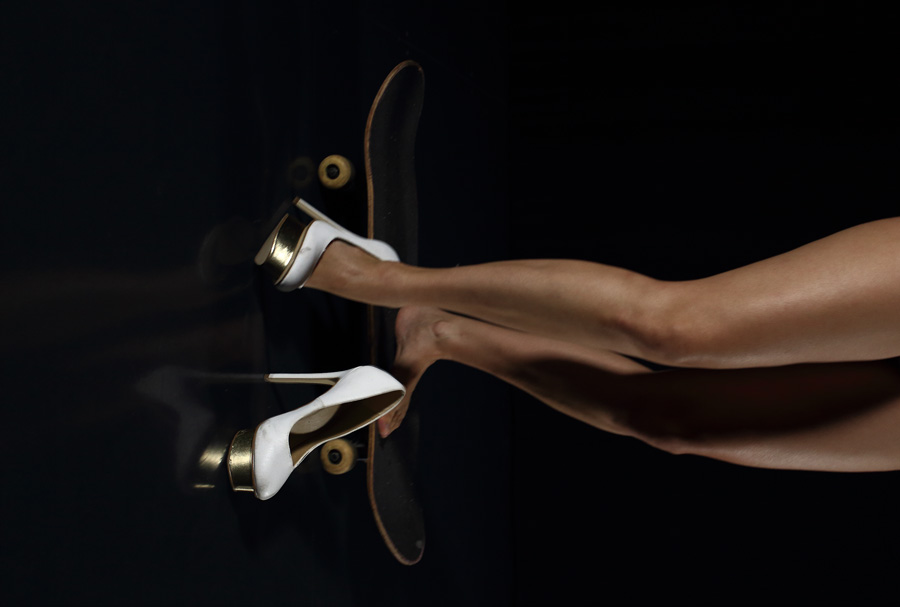 Text extracted from If it’s not Sharp it won’t Cut, publication edited by HZT, 2018:

The stage work ‘A Very Unique Gift’ is structured into six titled scenes: Introduction, On Board, The Shadow, Interlude, What happened to Sophie’s Doll and Outro. Each scene is thought of as being in dialogue with the other scenes, and this dialogue is what creates a ‘world’ for the general performance.
The audience is invited to proceed spatially in the space of the theater, which is being transformed through the opening and closing of curtains. The black box somehow unfolds several boxes. Employing intertwined tactics of pleasing and controlling, the performers guide the audience to experience these scenes, both as voyeurs and moving bodies, gazing and being gazed at. Each scene uses a specific rolling object and a soundtrack. The way those soundtracks project in space and into bodies is inherited from psychological sound-techniques aiming at either influencing the masses or inducing self-enhancement of one’s own life. A speci c attention has also been given to the sound of wrinkled papers, spitting of chewing gums, rolling objects (conveyor belt, skateboard, rolling TV-cases etc) and sounds of falling (chewing gums, skateboard, high heel shoes)…

“In Pauline’s work, power relationships are staged in a playful way. Using materials that suggest games of superiority and submissivity, she works with derisory, seriousness and slight irreverence. Seeing the world as a place of drag-extended practice, her collection of personae is always growing, evolving, and returning, adopting fiction as a strategy. The narratives are built as a riddle: elements are associated in a curious manner; to grasp a sense of it, one has to put it together with one’s own projections. The resulting universe is often an idiotic environment, and the performer’s desperate attempts to cope with the overflows of her own mysteries sums up as a “David Lynch meets La Ribot” type of seduction.” Jeanne de Palme.

EXTRACT  no 2, Explanations of the scene “Interlude”

NB You can request a full documentation at paulinepayen(at)yahoo.fr

To all my amazing collaborators cited above with whom I have been blessed to work with in the last weeks.
To my soda peers and the soda teachers and very specially to Sophia New.
To Maximilian Stezl, Nikola Pieper and the whole technical team.
To Larisa Navojec for her eternal support, Kevin S. Morrison, Zabo Chabiland, Antonia Baehr, Maque Peyrera, Agata Siniarska, Csilla, my beloved father, all my family and friends.

This work is dedicated to the loving memory of Jens Seidler. 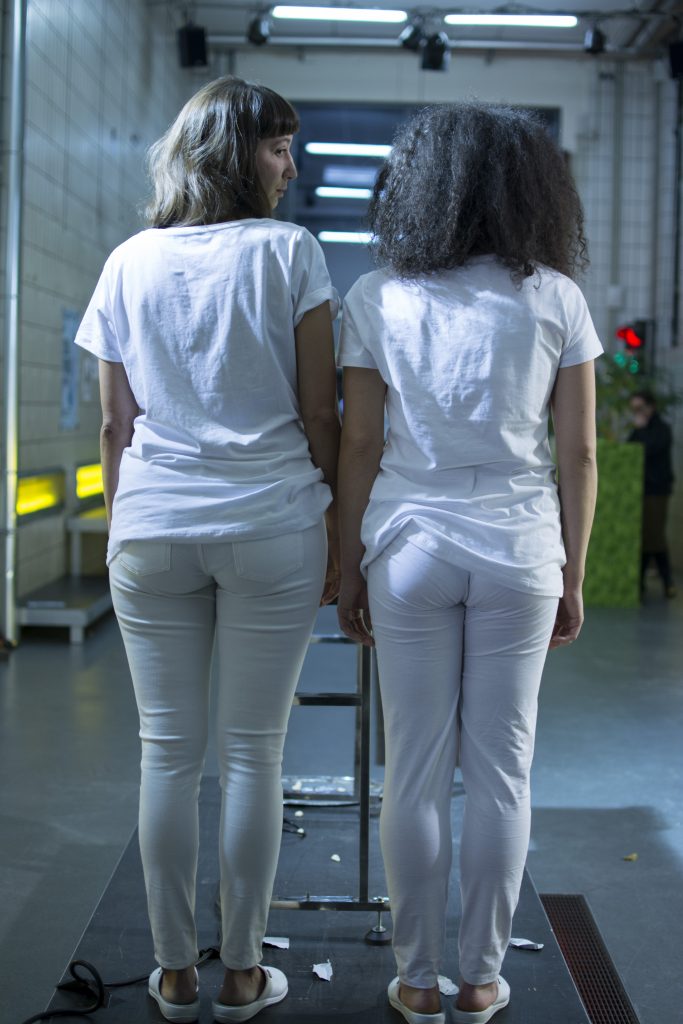 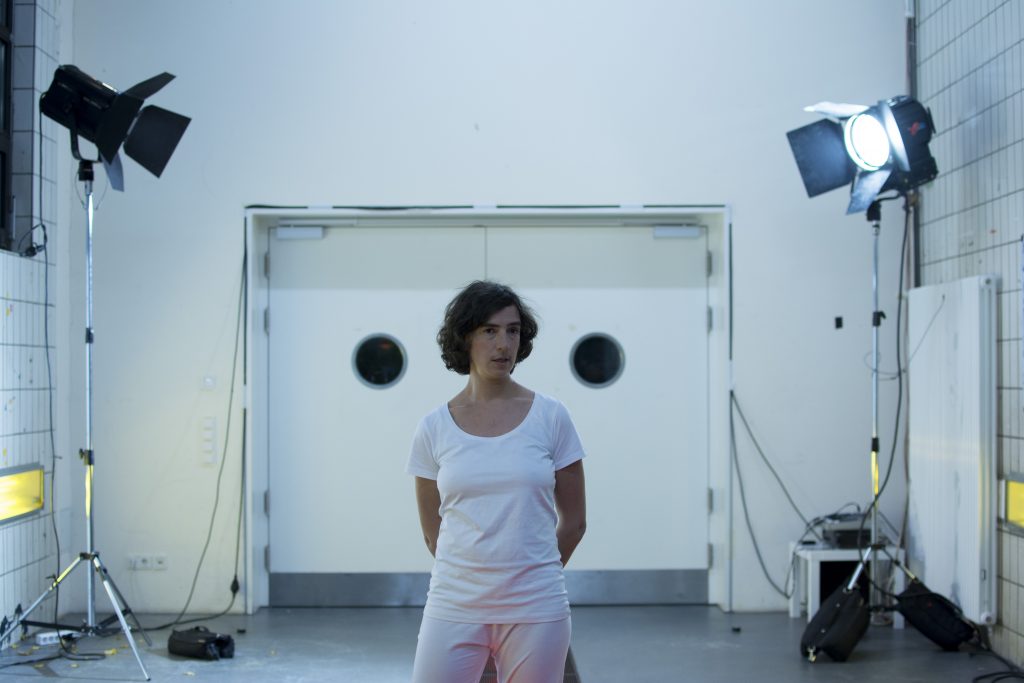 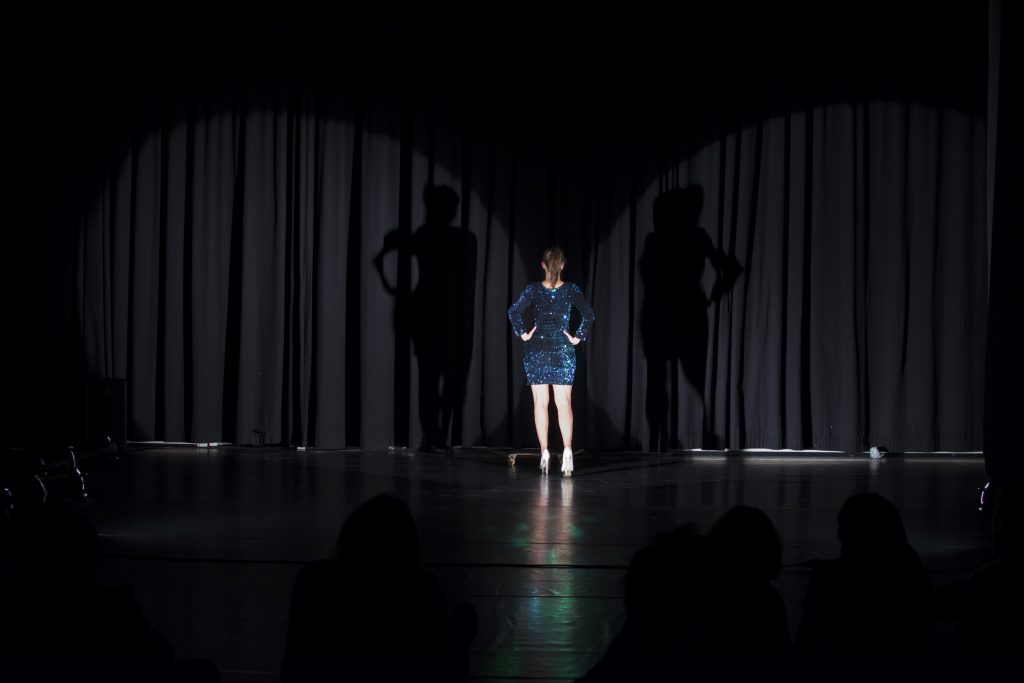 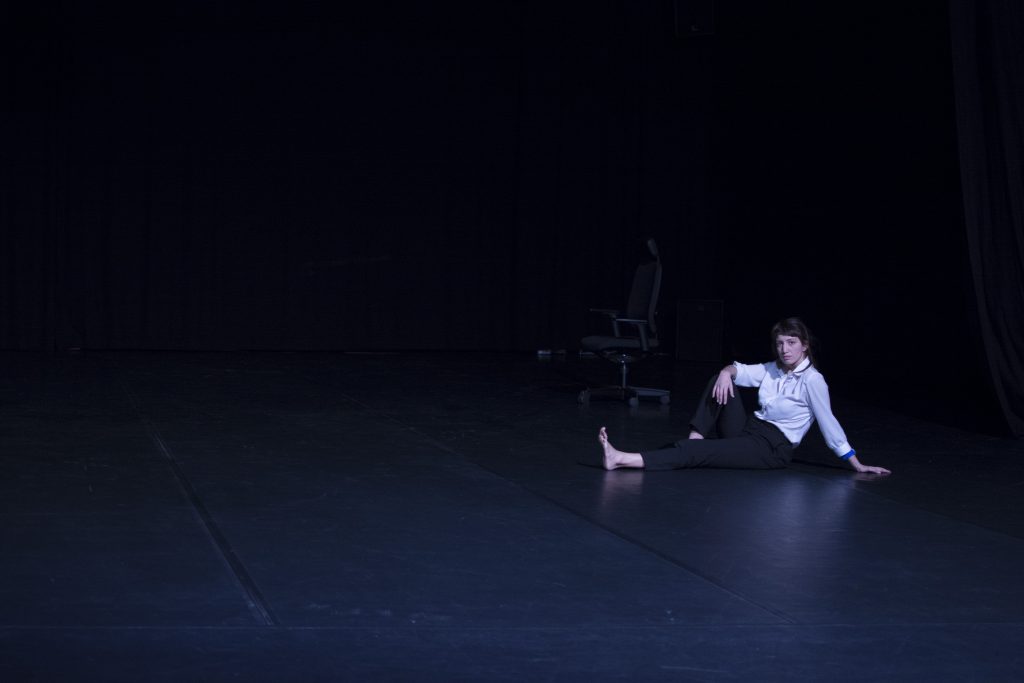 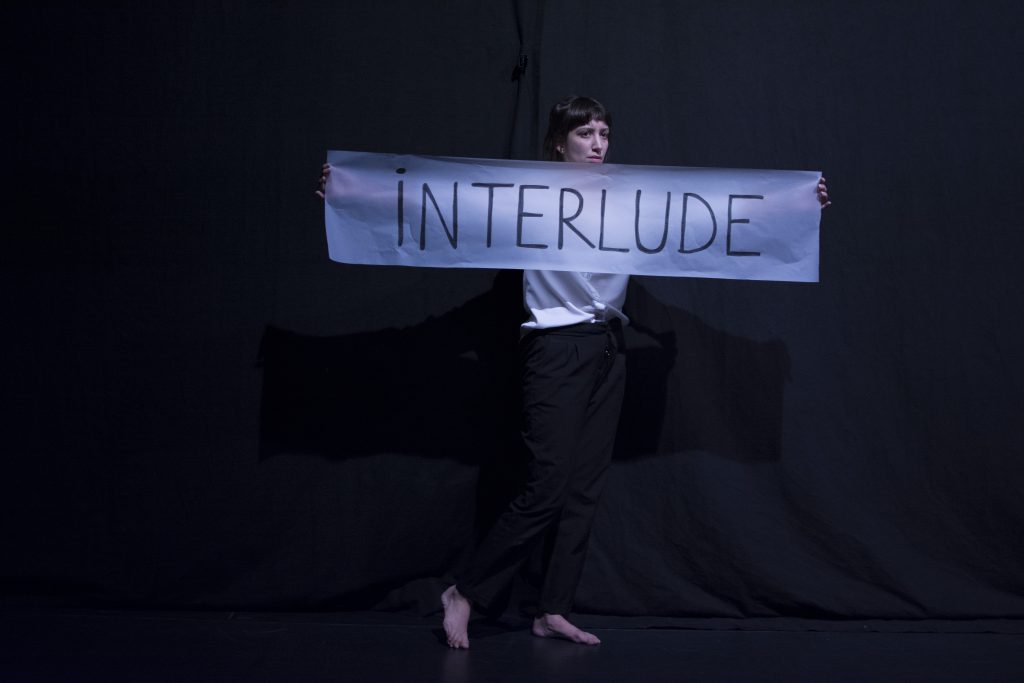 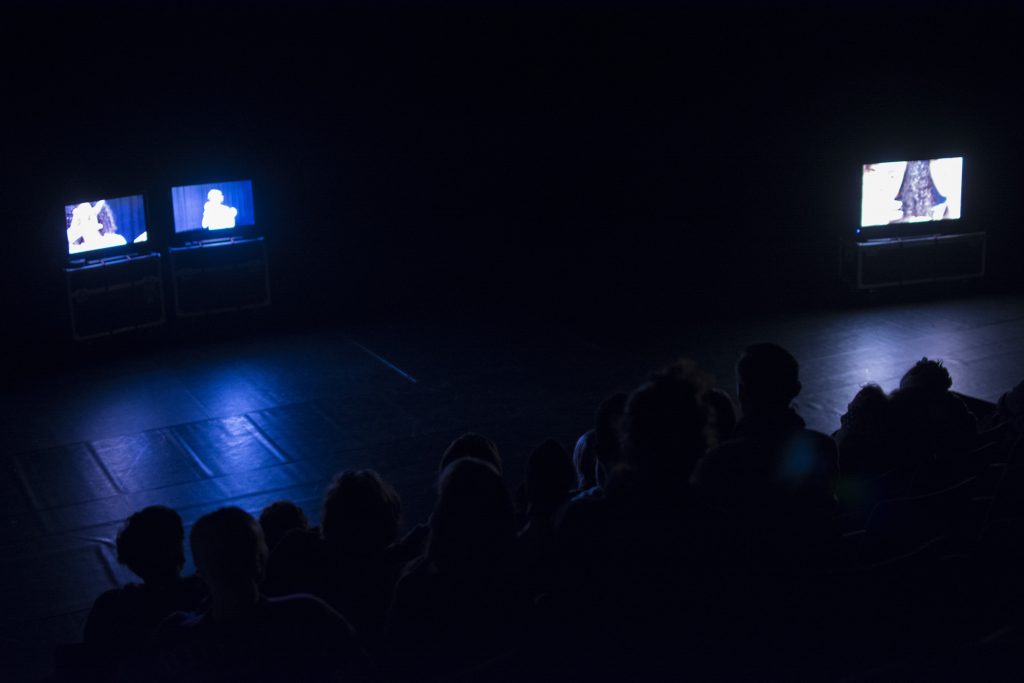 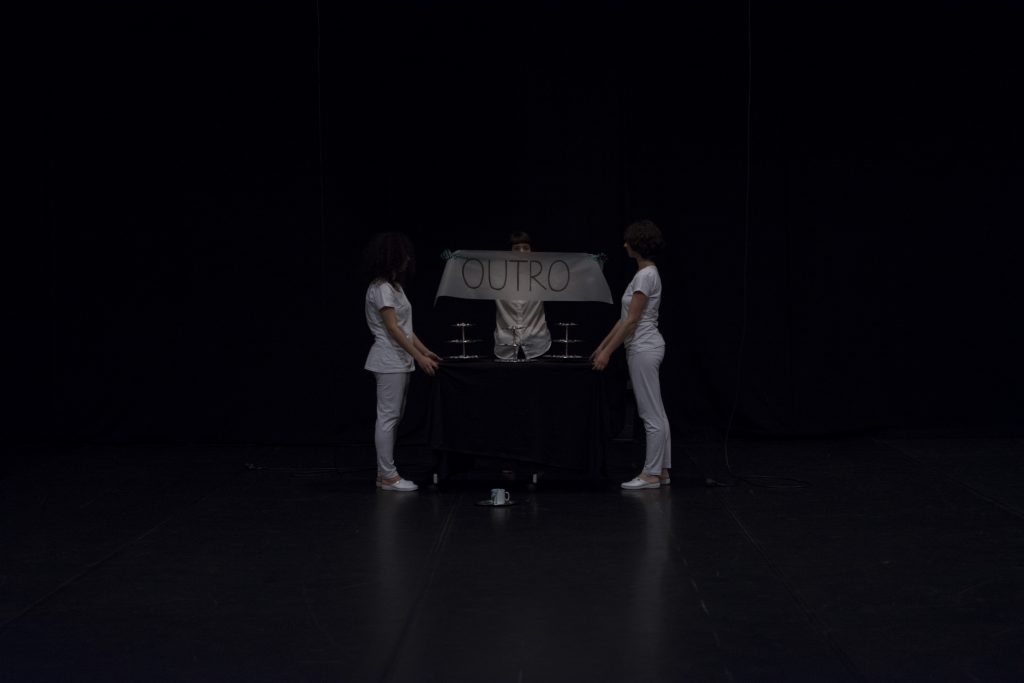 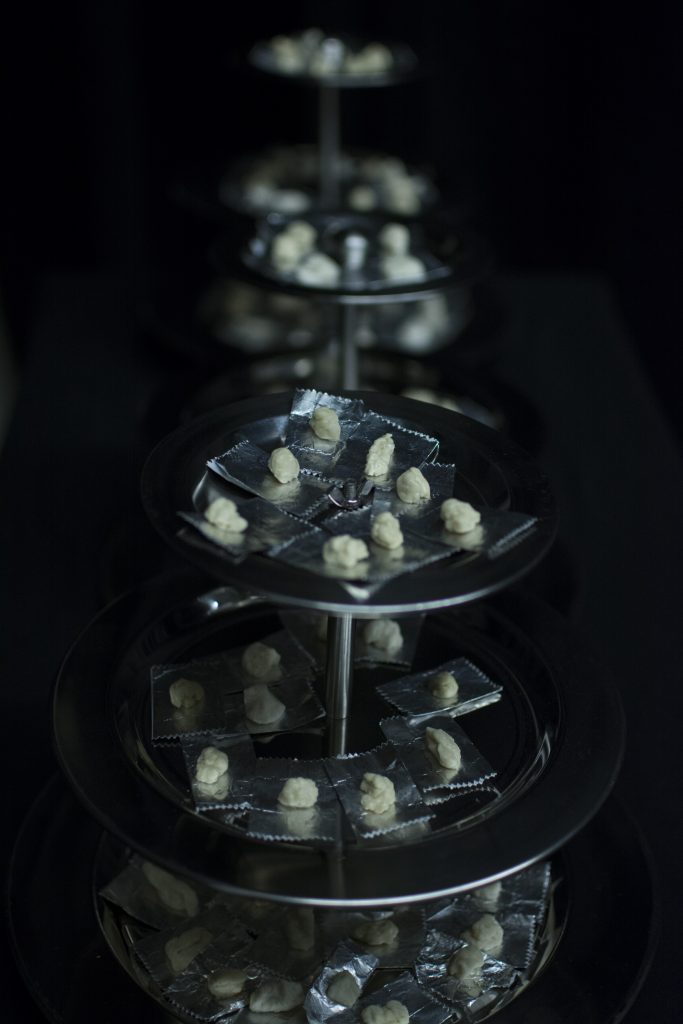